What do you get when you combine The Witcher’s rich lore with a seriously challenging card game? You get Gwent: The Witcher Card Game, available for the PC, PlayStation 3, and Xbox One. Gwent originated as a turn-based mini-game playable in The Witcher 3, but this free-to-play standalone version is more than a merely fan service. The game underwent a massive overhaul to help transform it into a more broadly appealing title, like adopting a moodier art style and improving game mechanics. And the best part is that you don’t even have to be familiar with The Witcher series to get into it. 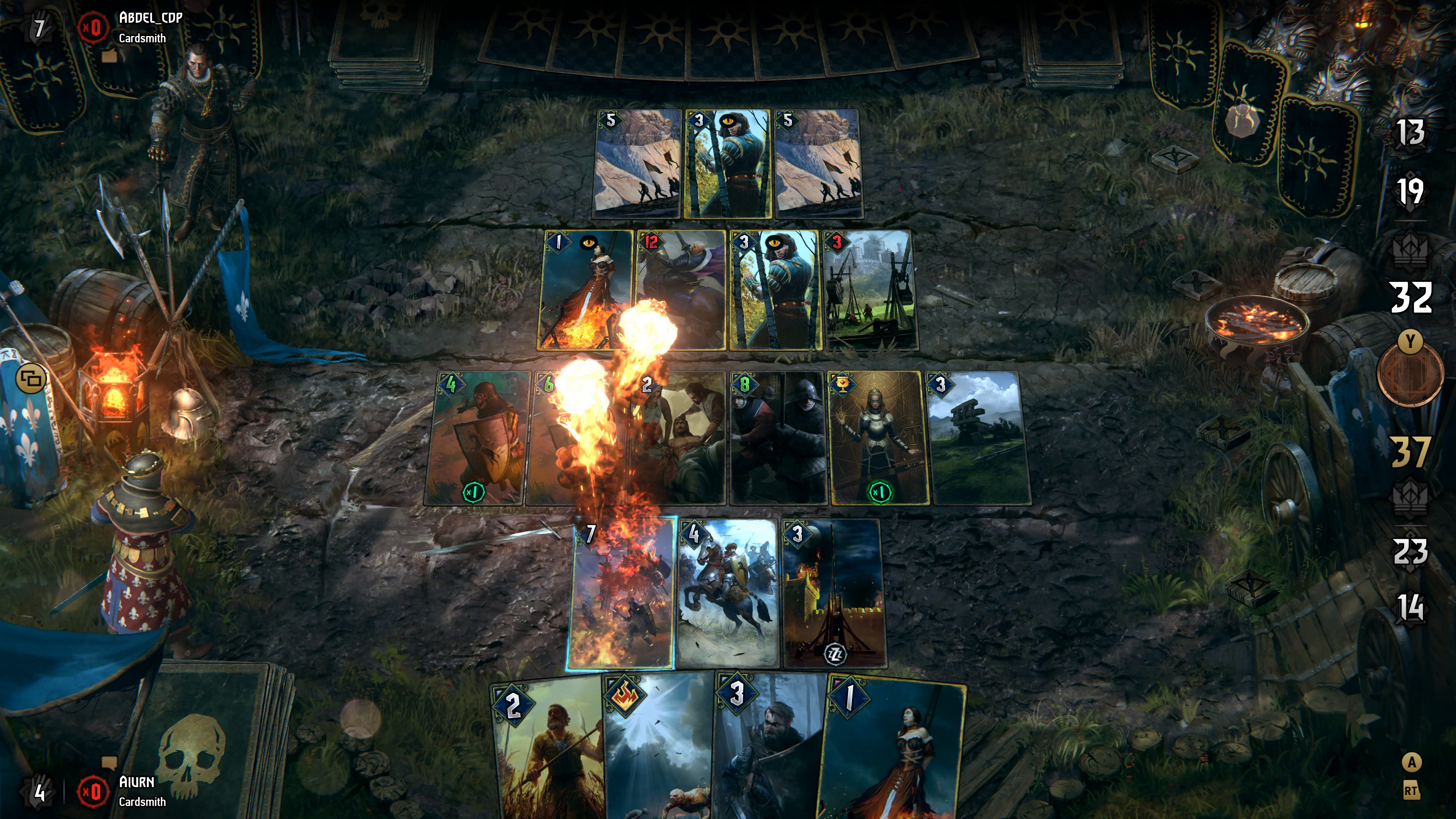 Gwent: The Witcher Card Game is played between two players over a series of three rounds. The goal is to win two of three rounds by having more points on the board than your opponent, all the while thinning out your deck to save the best cards for last.

It's easy to jump into Gwent and play a match without much experience, though getting the hang of the strategy takes a bit of practice in order to familiarize yourself with the cards. You advance in the game by winning rounds, which also awards you prize kegs filled with cards to add to your deck, and materials to build cards with. 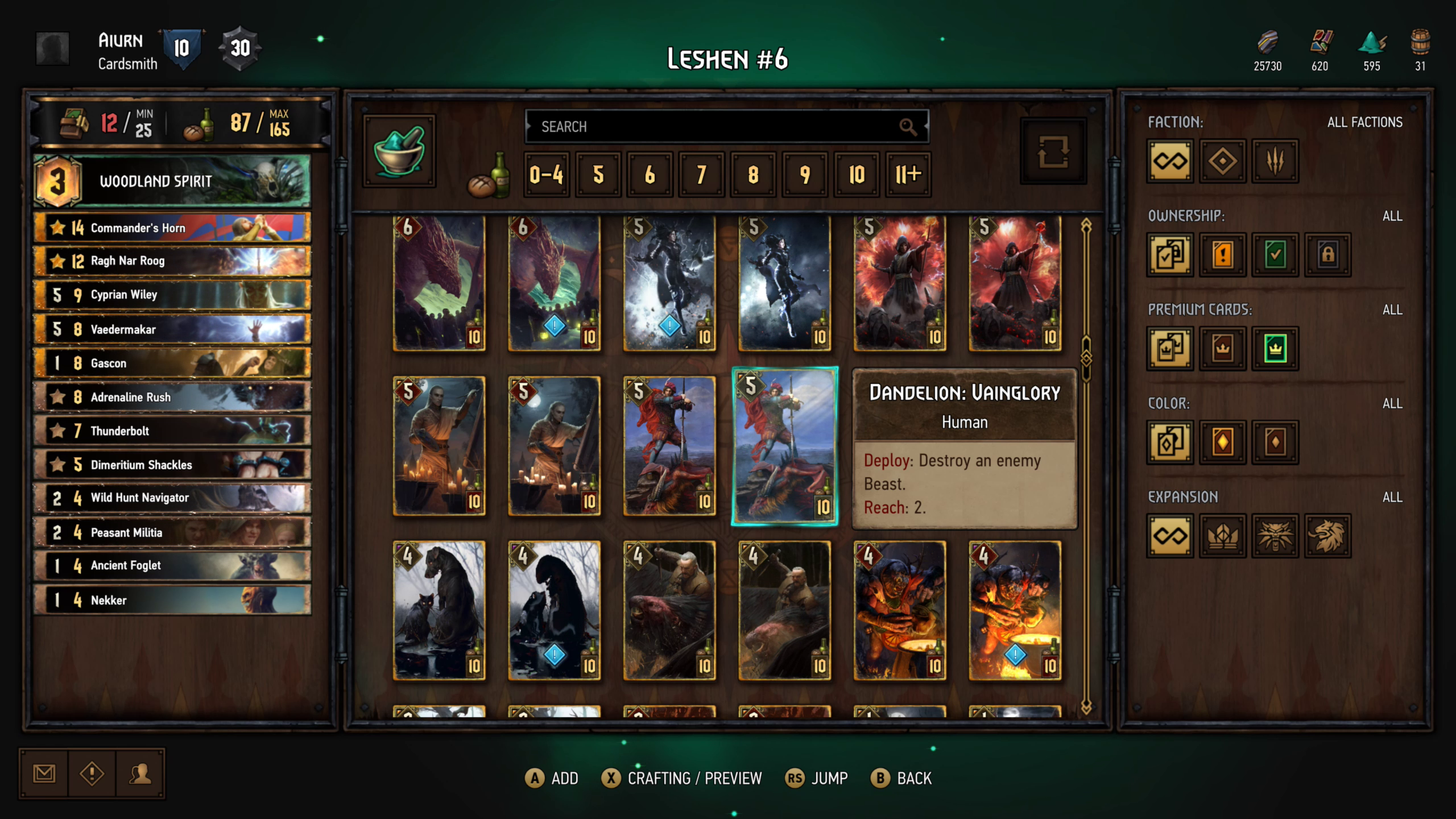 Gwent started as a very different kind of card game when it launched two years ago. Before the update hit in October 2018, the game followed the same rules as the mini-game played in The Witcher 3. But as a standalone title, it needed some refinement. So CD Projekt Red, the development house behind Gwent and the rest of the Witcher games, realized that in order for the card game to be more appealing, it was in need of a major overhaul.

“As you started collecting cards and challenging opponents, you very quickly became overpowered,” explained Pawel Burza, a community manager at CD Projekt Red. “That’s okay in a big RPG, but when we transitioned to a standalone game, we realized it needed some balancing. That’s when the fun started with all the crazy stuff we’ve been doing around Gwent.”

The makeover became referred to as Project Homecoming, and the community was immediately informed of the impending changes. “We issued a letter to the community saying we needed to stop, take a deep breath, rework the visuals, and rework the gameplay,” recalled Burza. “We were trying to find the sweet spot, and with Project Homecoming, the idea was to stop, redesign everything, and start with a clean slate.”

For six months, the team tweaked Gwent’s game mechanics by adding and subtracting cards, reworking archetypes, and adopting elements like rechargeable cards. A row from the original board was eliminated to help add more nuance to gameplay. “We gave some cards abilities that would trigger only on certain rows,” said Burza, the idea being that each card would execute a different effect depending on whether you placed a card down on the melee or range row.

Gwent’s look was also revised so that it wouldn’t appear plucked out of another game. “Gwent looked very similar to what it was in Witcher 3—a game board with a tavern feel,” said Burza. “If you looked at early stages of development, it’s like a simple game of war. So we said, let's move into the battlefield theme.” From there, the decision was also made to give the game a gothic makeover, so that it would be fitting to the rest of the franchise. "In The Witcher world, everything is kind of dark. It's not a happy world."

You don’t need to know anything about The Witcher franchise to start playing Gwent: The Witcher Card Game. The game is available as a free download through GOG.com. Not only does it run well on a variety of machines, but there’s also an extensive tutorial mode that helps teach the new game mechanics and will give you a taste of how challenging the card game can get. If you’re a person who plays a lot of fast-paced shooters, it’s a nice change of pace–slower, but no less action-packed.

Gwent can be played in standard casual play, which allows players to challenge one another, or Rank play, which has players compete against one another to increase their individual ranking. Once you feel like you’ve mastered the game, there’s an Arena Mode, where the stakes are increased and the prizes are harder to get. And if you decide you need more, there’s Thronebreaker: The Witcher Tales, an entire separate RPG that exists within the same canon, and which offers special card packs that can only be played inside Gwent.

Gwent: The Witcher Card Game is now available for PC.