Though game development technology is getting increasingly sophisticated, games are still ultimately limited by the machines that run them. Physics simulations and visual effects are typically at the mercy of your machine’s processors.

Crackdown 3, however, changes all that. The game’s multiplayer mode, “Wrecking Zone,” allows players to demolish literally every building in sight, using the power of cloud computing to deliver an impressively robust graphical experience unlike any other. Here’s how it works: Microsoft® Azure, the company’s cloud service, bears the brunt of the responsibility for processing the game’s physics. This information is compressed and streamed to the game’s client, which decompresses the data and uses it to render the game’s graphics. The beauty of this system is that it doesn’t require any additional bandwidth to run smoothly; players can expect to simply be able to load the multiplayer experience like they would any other game without any additional downloads. Their PCs will effectively be backed by a massive amount of additional processing power while they’re in the “Wrecking Zone,” allowing players involved to experience changes to the map — i.e., the destruction of their surroundings — which can scale to as many players that are in the game.

“By using the computing power of Azure Cloud Services and Xbox Live, Wrecking Zone will enable fully destructible environments – something that isn’t achievable using a single Xbox One console,” said Joseph Staten, creative director at Microsoft. “Every building, skyscraper and bridge is a physical object for you to destroy. No doors around? Not a problem, blow one open. If you want to slice off the top of the building and have it crush enemies below, go ahead. Want to make the whole skyscraper come crashing down? You can make it happen in Wrecking Zone for Crackdown 3. Azure also enables cross-play between Xbox and PC.”

The result is a neon cityscape-turned-destructible playground, a map in which steady fire from your weapon can send any of the towering platforms before you crumbling to the ground. You’ll spend just as much time obliterating your enemies’ cover as you will gunning them down. 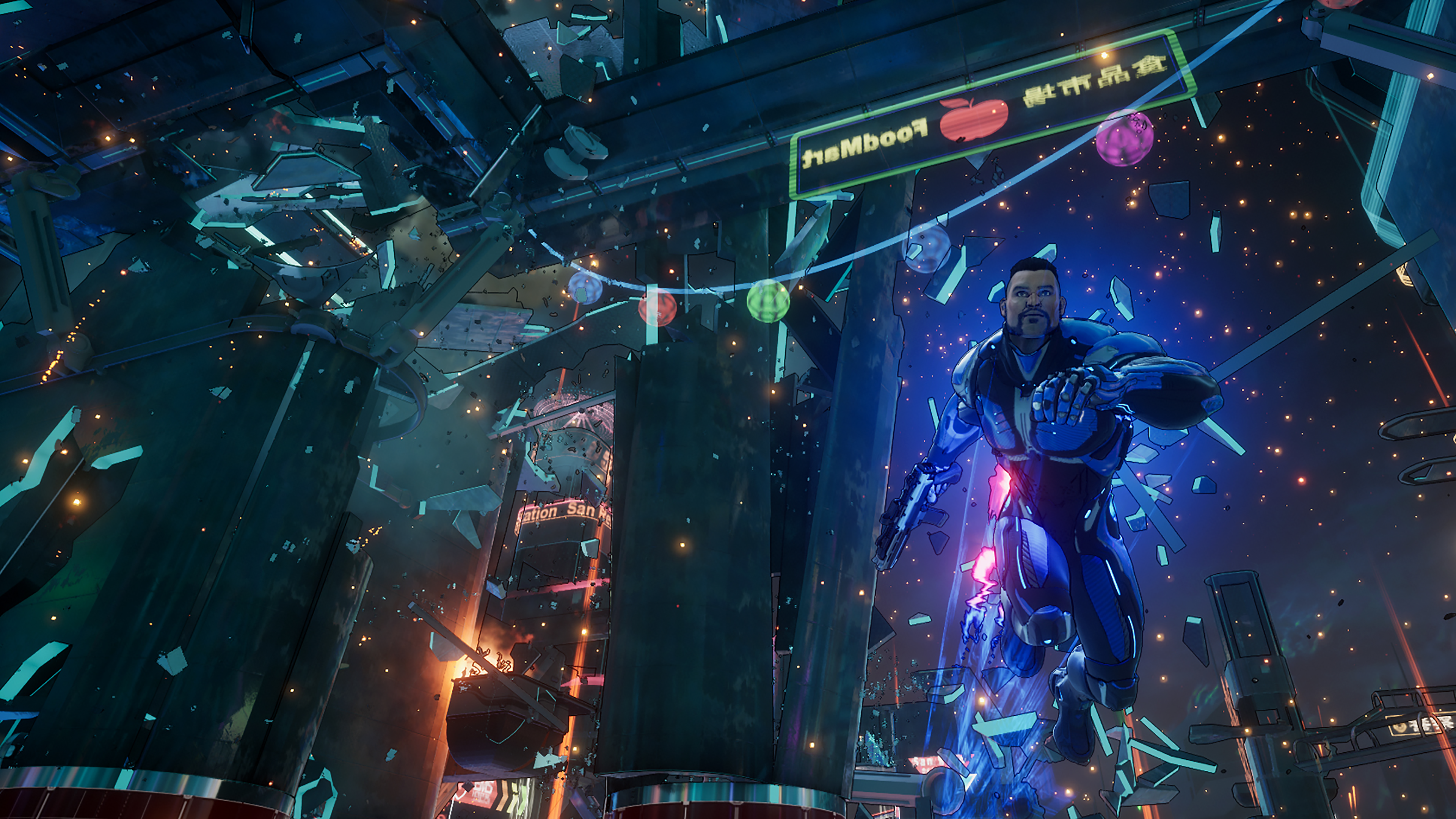 As far as the gameplay goes, each player is able to customize their character, named “Agents,” and select their loadout. Players have the ability to “lock-on” to their targets, allowing them to simultaneously open fire while traversing the environment with ease.

This is important because the map’s design has a breathtaking verticality to it, featuring buildings with several stories and boost pads that launch players into the air. Being quick on your feet is just as important as being a good shot, and blowing buildings up can help you make a clever escape, bring an enemy out of hiding, or create a distraction.

Crackdown 3’s “Wrecking Zone” achieves a level of physics simulation that’s wholly unprecedented in multiplayer gaming, and it’s all thanks to Microsoft Azure and cloud computing. We’re excited to see what new experiences such technology will enable in the future.